Who is Ryan Hiller?

Ryan Hiller is a highly skilled entertainer who delivers memorable performances that are full of passion, energy and truly great music. He is a highly accomplished, technically-proficient, guitar professional & singer who can bring a crowd to their feet with his own songs or by perfectly rendering a cover in his own unique style. Full of Funk, Soul and whole lot of rock n’ roll, Ryan Hiller is a highly sought-after musician and the only sound of his kind in San Diego, CA. After receiving his degree in music from the University of New Orleans, the birthplace of jazz, Ryan moved to America’s Finest City, where he has since established himself as a regularly featured artist both in private and public settings.

Ryan has honed his craft through years of writing, recording, and performance. He has opened up for and performed at VIP parties for the following: Van Morrison, The Steve Miller Band, The Red Hot Chili Peppers, Dead and Company featuring John Mayer, Guns N Roses, Elton John, Neil Diamond, The Doobie Brothers,  Eric Church, The Struts, Foreigner, Styx, The Brian Setzer Orchestra, Chicago, Lyle Lovett, John Scofield, Chris Isaak, The Black Eyed Peas, John Scofield, The Dirty Dozen Brass Band, Rob Thomas, and Don Felder of the Eagles. He has performed at Qualcomm Stadium, Petco Park, The Belly Up, The House Of Blues, among countless others, both in San Diego and nationally.

Ryan’s expertise has also garnered him sponsorship from Fender, Taylor Guitars, Sennheiser Microphones, Gator Cases and LR Baggs Pickups, some of the biggest names in the industry.

Some of Ryan's corporate clients have included TPG, Qualcomm, Intuit, Western Bankers, BumbleBee, Staples, ACI, Hakasaan, FS Investors, PlanitOmaha, The Chargers, The Padres, among many others.

Folks are always looking for new, fresh, great music and the next great entertainer to stir them and move them. Without-a-doubt, Ryan Hiller is that person. Please JOIN THE MAILING LIST to stay up to date.

"Big Medicine is a roller coaster ride of funk rhythms, bluesy riffs and Southern-influenced rock. Hiller has delivered a collection of exceptional songs, spotlighting his strong vocals and undeniable talent on the guitar. It was a great pleasure co-producing this fantastic record with him." - Patricio A. Pickslay, Pacific Records

"Here's a local San Diego artist that you should keep your eyes on... What's most amazing is that he wrote, composed, and arranged all of the songs on his CD." -Rowley and Preston, 91X 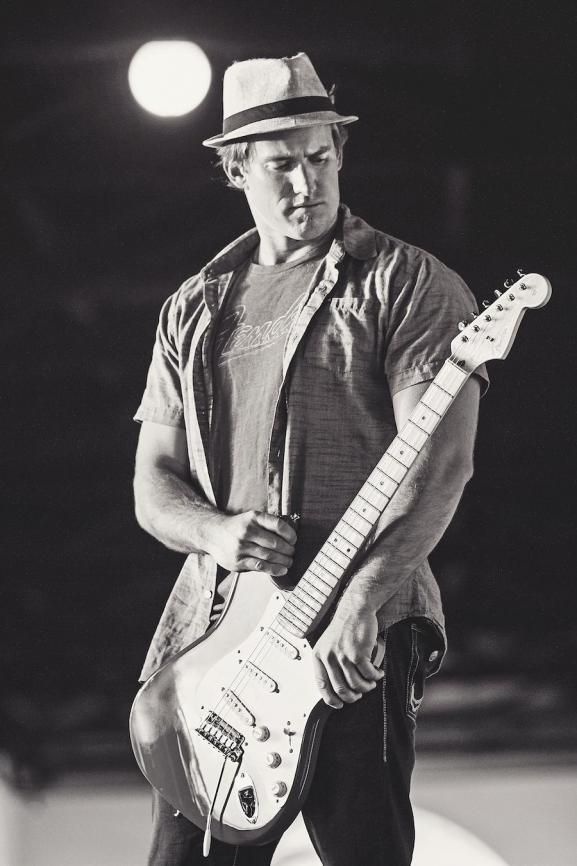